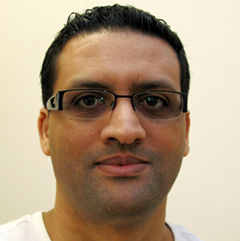 Hosni Cherif holds a BA in Biochemistry from the University of Quebec in Montreal.

He was initiated to research during a graduation internship in the laboratory of Dr. Jean-François Bouchard where he continued his research as graduated student in the doctoral program of vision sciences at the School of Optometry at the University of Montreal. He complete now his doctoral studies and his project demonstrates, for the first time, the involvement of G-protein coupled receptors (GPCRs) in the growth and guidance of axons of ganglion cells retina during the establishment of the visual circuitry.

Hosni received a Vision Network recruitment grant, a joint PhD scholarship from the Faculty of Graduate Studies and the School of Optometry (FESP-EOUM) and five scholarships in Vision Sciences program. He presented his project in several national and international scientific conferences and excellence of his work was underlined by the subsequent receipt of two awards of the network vision for the best poster presentation in 2011 and 2012. 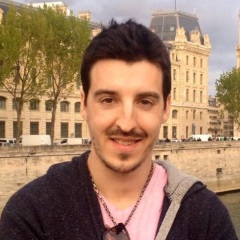 Mathieu Gauvin carried out his bachelor degree in electrical engineering specializing in the biomedical field. While pursuing his bachelor at the École de technologie supérieure, he was already actively involved in several biomedical research projects: for the Centre de Recherche en Neurospychologie et Cognition (CERNEC) working on MRI-EEG images registration; for the Montreal Neurological Institute (MNI) working on mathematical localization of epileptic spikes; and for the MUHC Research Institute working on novel mathematical strategies to study the electroretinogram (ERG) under the supervision of Dr. Pierre Lachapelle and Dr. Jean-Marc Lina.

The latter project crystalized his desire to continue his research at the graduate level in the integrated program in neurosciences at McGill University, where he received a recruitment bursary from the Vision Network. He is now a finishing PhD student (fast-tracked to PhD in 2013) in Dr. Lachapelle’s Lab and he is co-supervised by Dr. Jean-Marc Lina. His study applies advanced mathematical tool to the analysis of ERG signal and answers an important question: can advanced analytical approaches uncover additional useful information in ERG recordings? Mathieu’s PhD project suggests that time-frequency analyses could significantly improve the utility of ERG in basic research and clinics by providing more useful and reproducible descriptors. 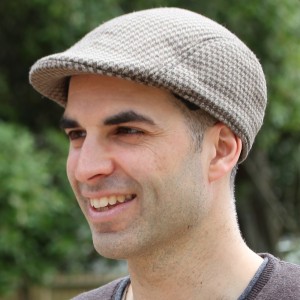 Pierre Mattar has a long-standing interest in the regulation of neural progenitor potential and output. He began his career around 15 years ago at Western University in London Ontario, where he did a MSc degree studying the biochemistry of glutamate receptors.  He moved to the University of Calgary, where he did his PhD work with Dr. Carol Schuurmans and studied how growth factor signaling regulates the function of proneural bHLH transcription factors, which are critical for determining whether neural progenitors self-renew or generate neurons or glia. He then moved to Michel Cayouette’s lab in 2010 at the IRCM in Montréal for his post-doctoral work.